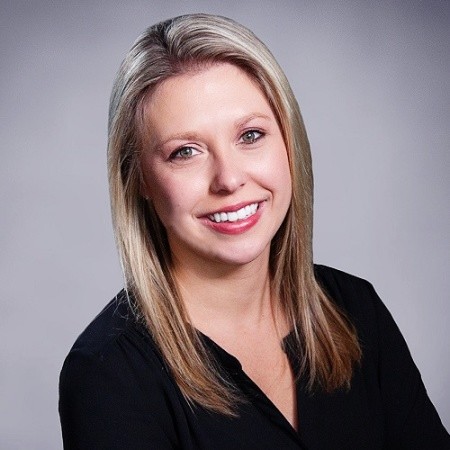 Liz has a degree in Human Resource Development and has been passionate about training and development since she graduated college in 2010. She has been working with Microsoft Dynamics for over 10 years in a variety of roles for multiple Partners. Liz has helped create CIT (consultant-in-training programs) at two Microsoft Partners and has had many training sessions over the course of her career. She also has taught two undergraduate college courses for the past two years at Minnesota State University Moorhead - Intro to CRM/D365 CE and Intro to Consulting.

Since Liz became an independent consultant two years ago, she’s had more time to reflect and follow her passions, which has led to this point of starting a non-profit. She sees the demand for upskilling individuals in the Microsoft Tech industry. She knows that there are few formal avenues to enter the industry. Her goal is to bring career opportunities to communities that wouldn’t typically have access to them.

Liz enjoys outdoor activities including hiking and paddle boarding with her husband and two dogs. She's has a passion for music as an avid pianist and is learning to play the ukulele. Liz has a green thumb with an ever expanding vegetable & flower garden. Liz also has a nerdy side - just ask her about Dungeons & Dragons or Halloween! 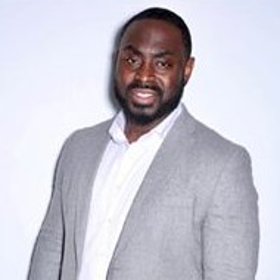 Tayo Daniel is the Co-founder of Aeterna Media, a media-tech company that aims to improve communication between the community and corporate brands through socially conscious marketing as well as helping them evolve into the Web3 space. He has an extensive background in marketing and sales, having worked for both corporate and startup organizations building successful sales teams. He was a founding member of Prive, which was one of the only black-owned event centers in downtown Minneapolis. Tayo is also the founder of One Outreach and Communities for Nutrition, two non-profits with similar missions of improving the lives of disadvantaged youth.

Outside of his business acumen, Tayo is a motivational speaker and community leader, teaching and speaking to young people about career readiness implementing strategic skills dealing with emotional obstacles. He draws heavily from his own experiences encountered throughout his journey of growth. Tayo is proud to utilize his outcomes in working with child protection agencies, mentoring youth who have been through extreme trauma. With the recent killing of George Floyd, along with chaos in his hometown, Mr. Daniel felt compelled to take an active role in community rebuilding and social justice efforts. Tayo helped create the 10k foundation, an organization known for garnering 30 thousand individuals to come together for justice. It became the largest peaceful protest in Minnesota history. Having a deep understanding of the divide between police and communities of color, Tayo fought to bring the focus back to change and awareness, and hopefully find ways to restore the trust between the community and its elected officials. Through that foundation, he implemented the Feed 10k program has fed over 10 thousand people.

Currently, Tayo has transitioned to a consulting role in order to focus efforts on his newest project, being a founder of Smart North, a not-for-profit coalition of public, private, civic, education, and entrepreneurial individuals and organizations driving “Smart City” initiatives and thought-leadership within the Twin Cities and Minnesota. 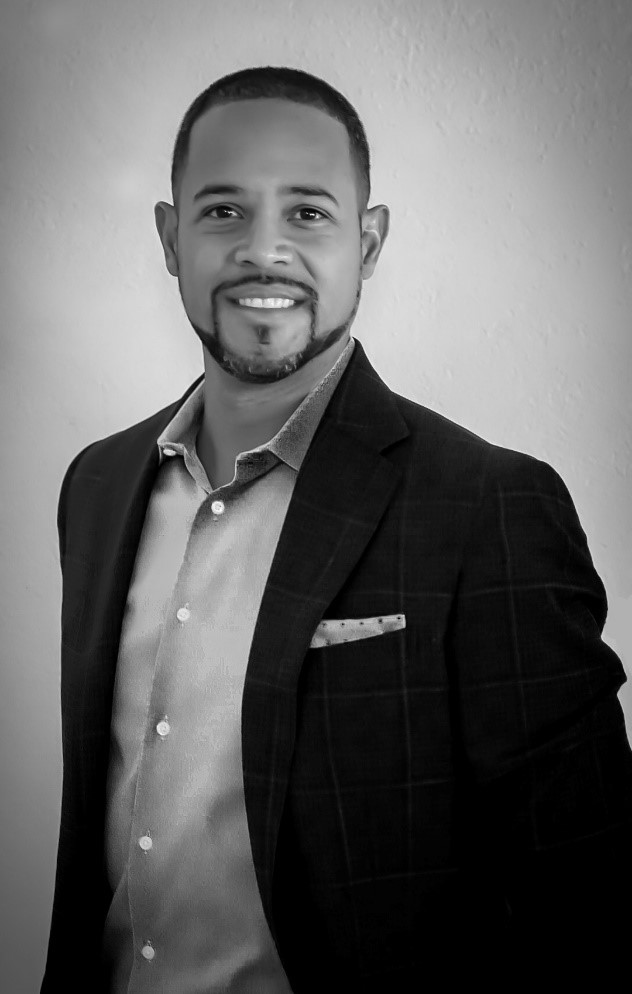 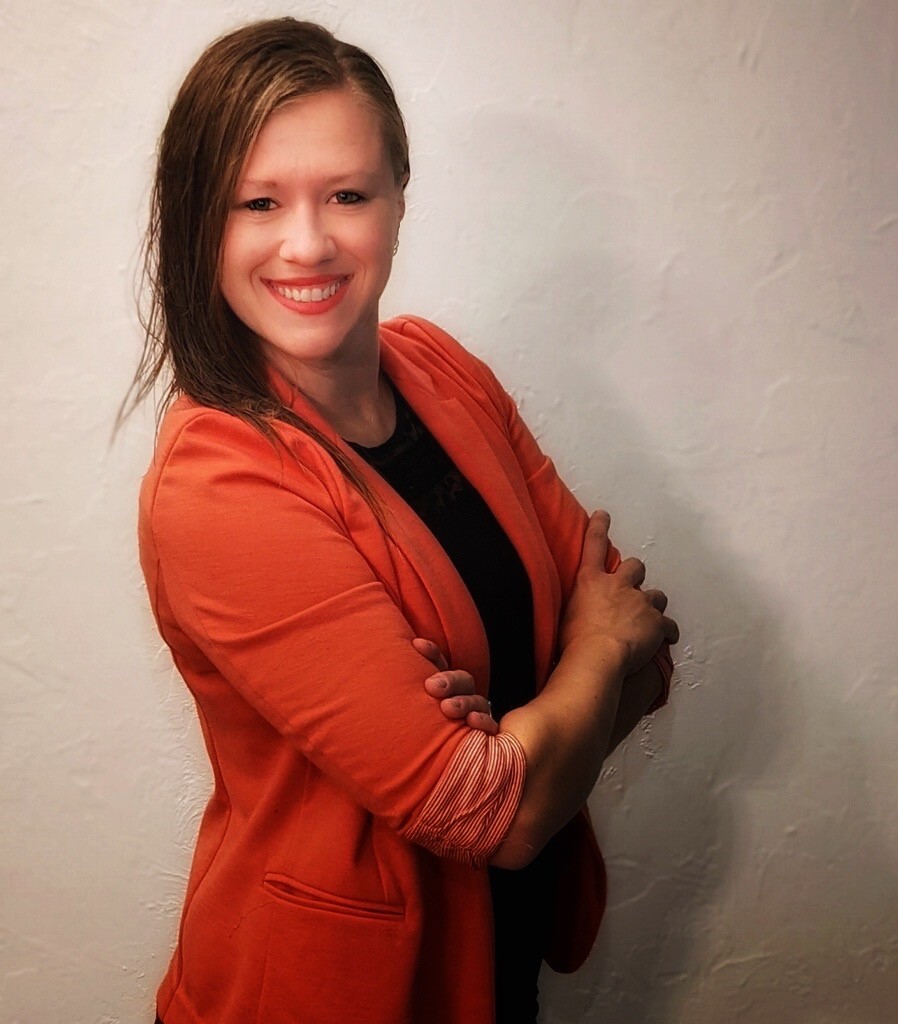 Tashina currently works as the COO for the non-profit animal rescue, Secondhand Hounds. She has an HR and Finance background and has a degree in Human Resources Development. She has a passion for employee development and training. In her free time she enjoys spending time and traveling with her husband, two boys and two dogs. 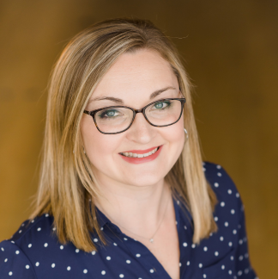 Elizabeth Fleming, PsyD is an organizational psychologist who completed her doctoral degree at Saint Mary's University of Minnesota in 2018. As Talent Development Lead at Concurrency, a technology consulting firm based in the Midwest, Elizabeth leads a team to promote the personal and professional development of Concurrency employees, with a specialty in leadership development and consulting excellence.

Dr. Fleming is an avid volunteer, serving on the Minnesota Psychological Association's Governing Council as the Multicultural Division and Diversity Committee Chair and has been actively involved with legislative efforts at the State and Federal level for the past ten years. She also engages with the St Paul Winter Carnival as President of the Ambassadors organization and serves on an Upskilling and Reskilling Committee through the Milwaukee Tech Hub, focused on growing a vibrant, inclusive ecosystem where technology creates regional prosperity and life changing jobs.

Outside of her work, Elizabeth is a mother of two and is married to her husband, Matt, who is also a tech enthusiast! We enjoy traveling and taking our children off the beaten path to explore the amazing attributes of different cultures! 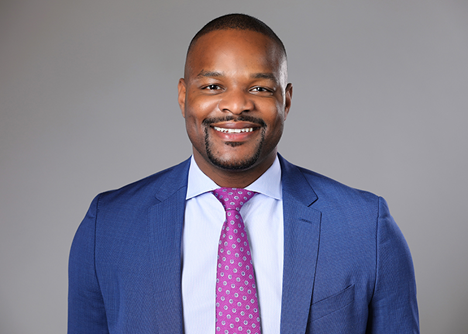 Board Member | CEO of The Firm Facility Services

I am the founder and CEO of The Firm Facility Services. I bring more than seven years of business leadership experience with sales, operation, and facility management to our innovative and agile company. My expertise lies in business development; business strategy; and negotiations.
‍
My value proposition lies in my empathetic viewpoint and ability to see value in all people. Growing up on the Southside of Chicago, I believe I am uniquely situated to understand how access to resources and opportunity can make or break the future available to you.
‍
On the personal side, my wife and I enjoy trying new wines; traveling; and spending time with our new baby girl. 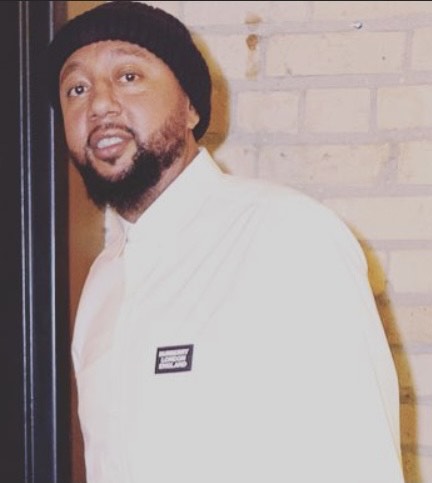 Nabil moved to Minnesota to chase a dream. Growing up in Grand Rapids MI in a family of 7 where hard work and education was strongly encouraged. Nabil attended and graduated from the University of Minnesota and started his professional career at Richfield HQ Tech Giant Best Buy Inc. With his background in design and retail he joined the space management team as an analyst and moved on to be a Planner where he manages the space at a macro level dedicated to Appliances.

He also got the entrepreneurial bug early in Minnesota and loves seeing people eat, laugh and network. To achieve this he created DGB Management LLC & Twin Cities hospitality. Along with few partners, he owns and operates a couple restaurants, bars and food concepts which include: Gold Room Restaurant & Lounge, STEPCHLD Restaurant, Hyde Kitchen & Cocktails, Nashville Coop Rochester, and Love You Cookie.

Nabil is married and has two beautiful children. His passion is to help bridge the gap using technology as a tool to provide opportunities to those who most need it. He lives by the great words of former President Barack Obama, “If you're walking down the right path and you're willing to keep walking, eventually you'll make progress.” 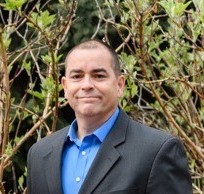 Mike co-founded congruentX as a result of almost20 years of corporate IT leadership positions and 15 years of consulting for a half dozen consulting firms.  Mike’s focus is on people both within his organization as well as his clients and his passion is mentoring and helping people achieve their goals. Mike is a lifelong student of leadership, psychology and technology that being with his 10 years in the United States Army Reserves. His journey with Microsoft Dynamics and the Power Platform began in 2003 when he implemented it for an Insurance Brokerage Firm where he was the VP of IT/CIO and he’s been focused on the platform and all things CRM and CX since.  He has introduced and educated over 100 people to the platform through several Academy programs. Originally from Hershey, PA he now lives in the Tampa, FL metropolitan area with his Wife and 3 children and his passions include anything with wheels and being outside enjoying the Florida weather. 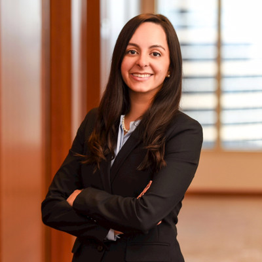 Neda is a corporate associate specializing in mergers, acquisitions, divestitures, joint ventures, and other business transactions. She has transaction experience in the retail consumer, manufacturing, and tech industries. Neda works remotely for a law firm in New York and lives in the Minneapolis, Minnesota area with her husband and two dogs. In her free time, Neda enjoys cooking new recipes and riding her horse. 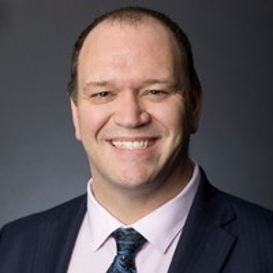 Board Member | Senior VP of Product Management at IFS

Ben Vollmer joined IFS with the primary objective to enable customers to maximize the three areas that define moments of service: customers, people, and assets. Regardless of complexity, he takes a customer-centric approach in understanding an organization’s business goals and their processes, while aligning them with IFS’s capabilities to create exceptional customer experiences.

As SVP of Product Management, Ben owns IFS’s strategic roadmap for the product and its industry-leading capabilities. He also oversees IFS Labs, which applies the latest thinking around consumer technologies, digital trends and innovation to IFS’s software solutions.

Ben has over 25 years of experience in consulting, sales, and product management at General Electric, ePartners (acquired by DXC) and most recently, Microsoft. At Microsoft, he was responsible for the development and execution of a commercialization strategy for Dynamics 365 Field Service, advancing its global go-to-market efforts, as well as focus on strategic customer engagement. At ePartners, Ben worked to establish new offerings and geographic coverage models globally. ePartners was the first business applications partner with a national footprint for Sage and Microsoft, comprised of over 1,200 team members and 8,000 customers.

On top of his passion for technology, he is an avid car and audio enthusiast. 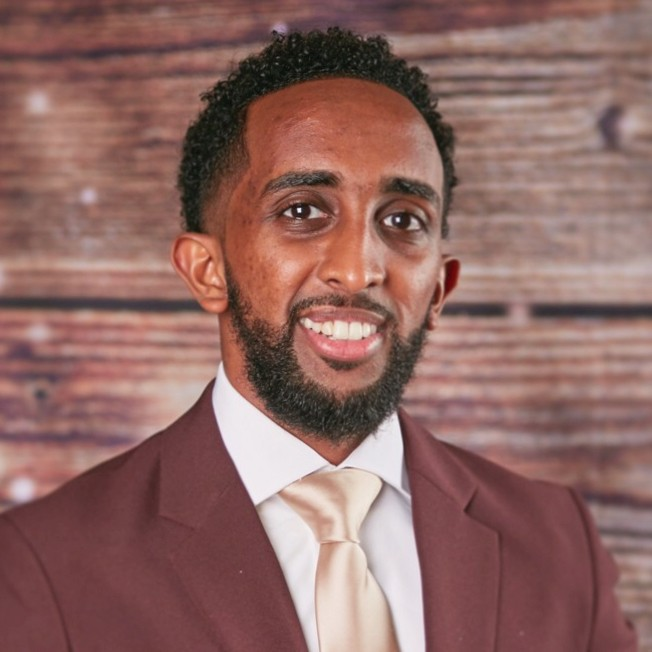 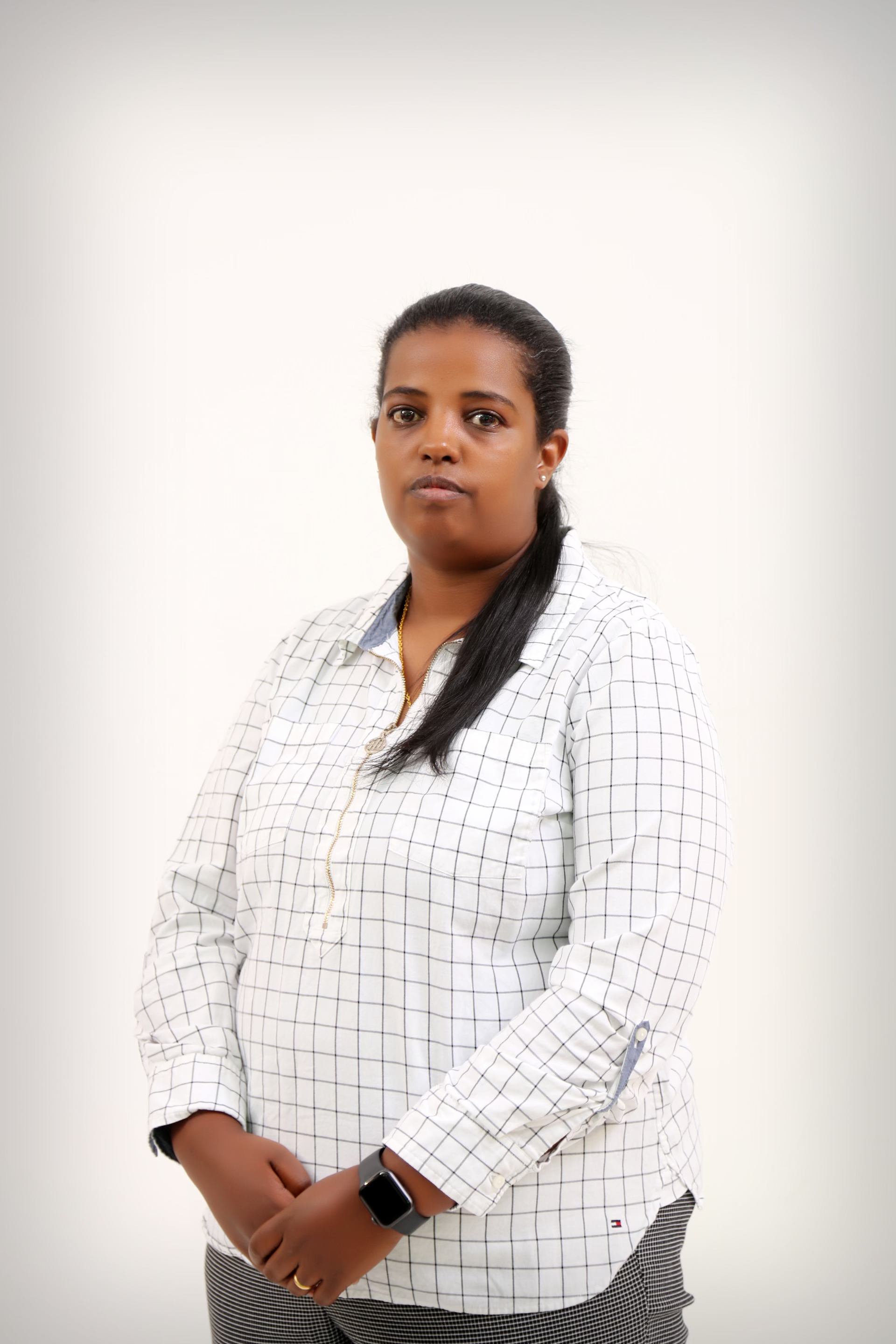 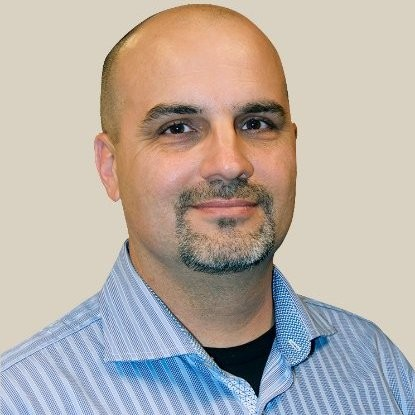 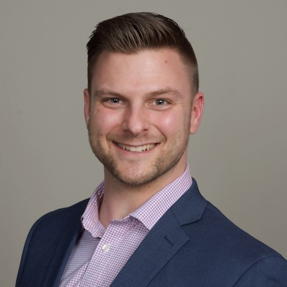 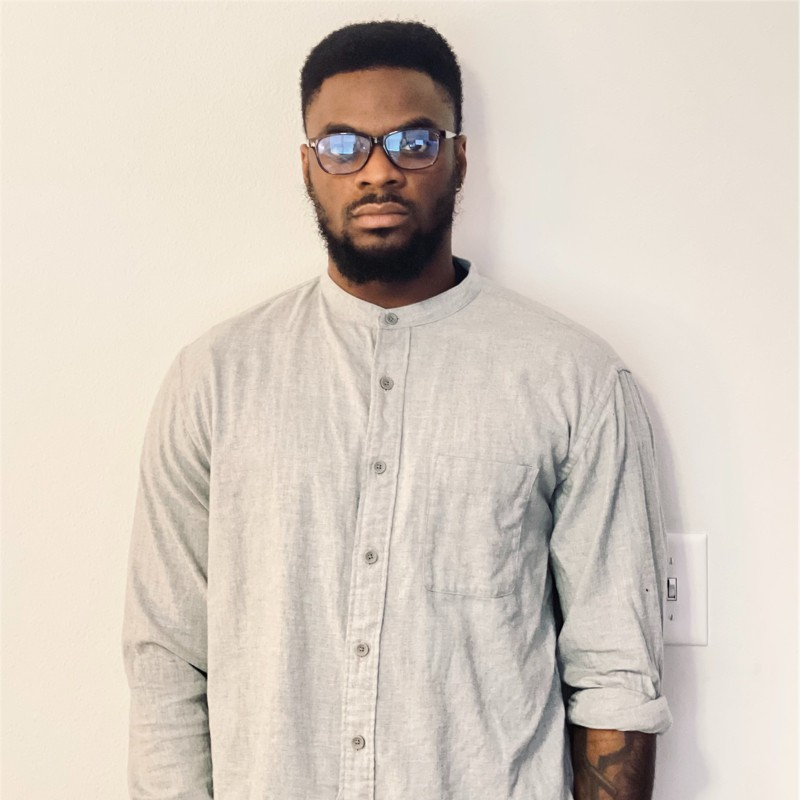 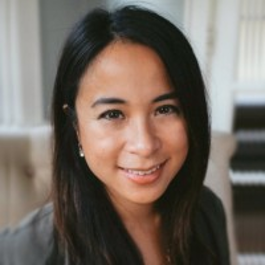 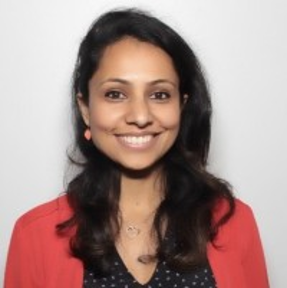 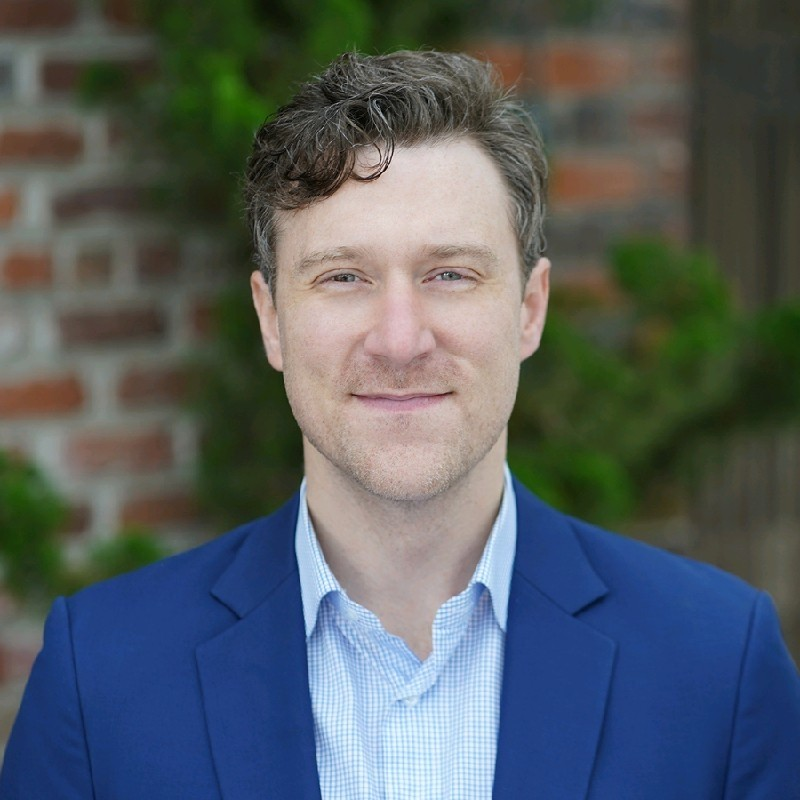 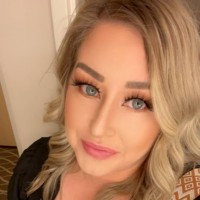 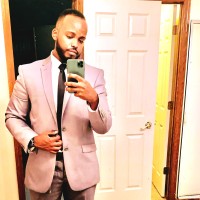 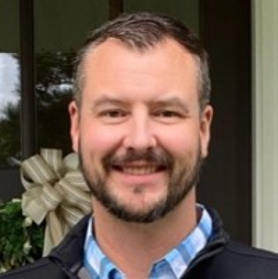 Our mission is to reduce income inequality in under-resourced communities across the United States.

TechFluent is registered a 501(c)(3) non-profit recognized by the IRS & all donations are tax-deductible.